Innatura receives products from manufacturers and retailers in Germany and distributes them for social good.

Innatura's story literally started like a "soap" opera. "Four years ago, a colleague of mine called me and asked me whether I could think of anyone who would take a load of 200,000 mislabelled, yet perfectly usable bottles of shampoo." says Innatura founder Juliane Kronen. Unfortunately, at the time, due to the cost and complexity of handling such a large donation, existing charities were unable to accept these goods.

Further research revealed to Juliane that 7 billion euros worth of consumer goods were sent to waste every year in Germany. Among those goods sent to landfill were products as good as new, goods produced in excessive quantity or goods with out-of-date packaging. A third of these products are exactly what charities desperately need: toys, personal care, detergents, stationery, building material.

"What could be more sustainable than putting surplus product to good use rather than wasting it?" says Juliane Kronen.

In 2013 Innatura's operating model was defined and funding was sourced. BonVenture, one of the leading social investors in Germany, joined Innatura's board. The first product donation is delivered to the warehouse in Troisdorf in July 2013. After 2 years of activity, Innatura received the "Local Excellence in the Land of Ideas" award in September 2015.

To find out more: www.innatura.org (in German) 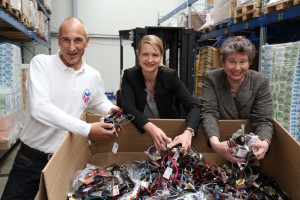 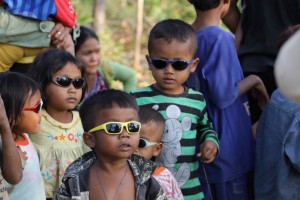 6,000 pairs of sunglasses delivered in Cambodia to protect children's eyes.

About us
Give
Receive

We use cookies to ensure that we give you the best experience on our website. If you continue to use this site we will assume that you are happy with it.Ok